You must be 18 years or older to visit this site.
Back to overview 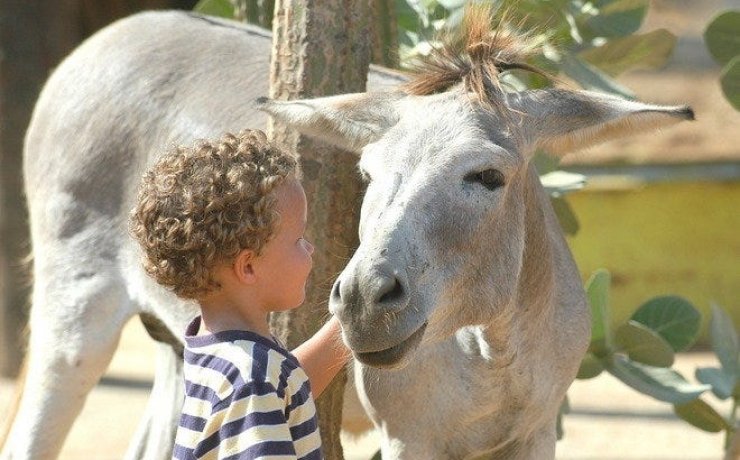 Donkeys have been a part of Aruba’s culture for the past 500 years. Before Aruba was introduced to cars, donkeys were the islanders’ leading form of transportation. Once cars became commonplace, however, donkeys were no longer perceived as a necessity, and were essentially left to wander.

Malnourishment, disease, disappearing natural habitat, and systematic attrition reduced the donkey population from an estimated 1,400 at the turn of the 20th century to only 20 in the early 1970s.

With the local donkey population nearly decimated, a non-profit organization was founded in 1997 as the Donkey Sanctuary Aruba with the sole purpose of saving and caring for the donkeys on the island. It is now estimated that there may be close to 200 donkeys on the island, with just over 130 at the sanctuary.

The sanctuary is located in Bringamosa, surrounded by Aruba’s natural landscape, the new location in Bringamosa provides plenty of space for the sanctuary’s donkeys to roam freely. The sanctuary strives to provide the donkeys with a peaceful habitat where they are loved and cared for.